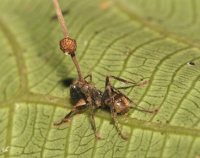 Postscript: A few hours after I wrote this post, I found out that Carl Zimmer has already written about this study (why, of course! *facepalm*), so if you want to read his version instead, you can see it here.
Posted by Tommy Leung at 7:17 PM