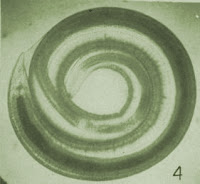 Reference:
Hilsing, K.C., Anderson, R.A. and Nayduch, D. (2011) Seasonal dynamics of Skrjabinoptera phrynosoma (Nematoda) infection in horned lizards from the Alvord Basin: temporal components of a unique life-cycle. Journal of Parasitology 97: 559-564.
Posted by Tommy Leung at 3:43 AM No comments: 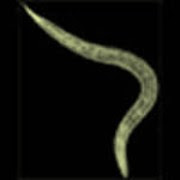 Today's parasite is in the same genus as the famous and well-studied model lab nematode worm Caenorhabditis elegans. Caenorhabditis briggsae is a relative of C. elegans and is often used in comparative studies with its more famous counterpart because many of the tools developed for C. elegans can also be used on C. briggsae. While C. elegans is the darling lab worm due to its usefulness in studying genetics and developmental biology, until very recently, very little is known about its natural ecology.

Worms in the genus Caenorhabditis are often associated with invertebrates, hitching a ride on them as a way of traveling between food sources, or even opportunistically feeding on their ride if it happens to drop dead for whatever reason. In a paper published last year, a group of researchers reported on a strain of C. briggsae (KT0001) from South Africa displaying an ability not previously known for any Caenorhabditis species - it is capable of infecting and killing wax moth larvae. This strain of C. briggsae was found to be in a symbiosis with the pathogenic bacteria Serratia which presumably allows C. briggsae (KT0001) to become a parasitic killer.

Furthermore, when the researchers tested 10 wild strains of Caenorhabditis species which had not previously displayed any ability to infect insects - including a strain of C. elegans - and cultured them with Serratia, all but one strain gained the ability to infect, kill, and reproduce in insects, including the famous C. elegans. It seems that Serratia gives Caenorhabditis a license to kill - upon forming a partnership with the bacteria, these worms turn from mere passengers into deadly killers. 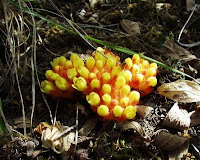 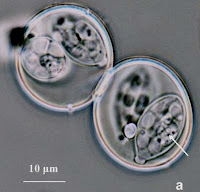